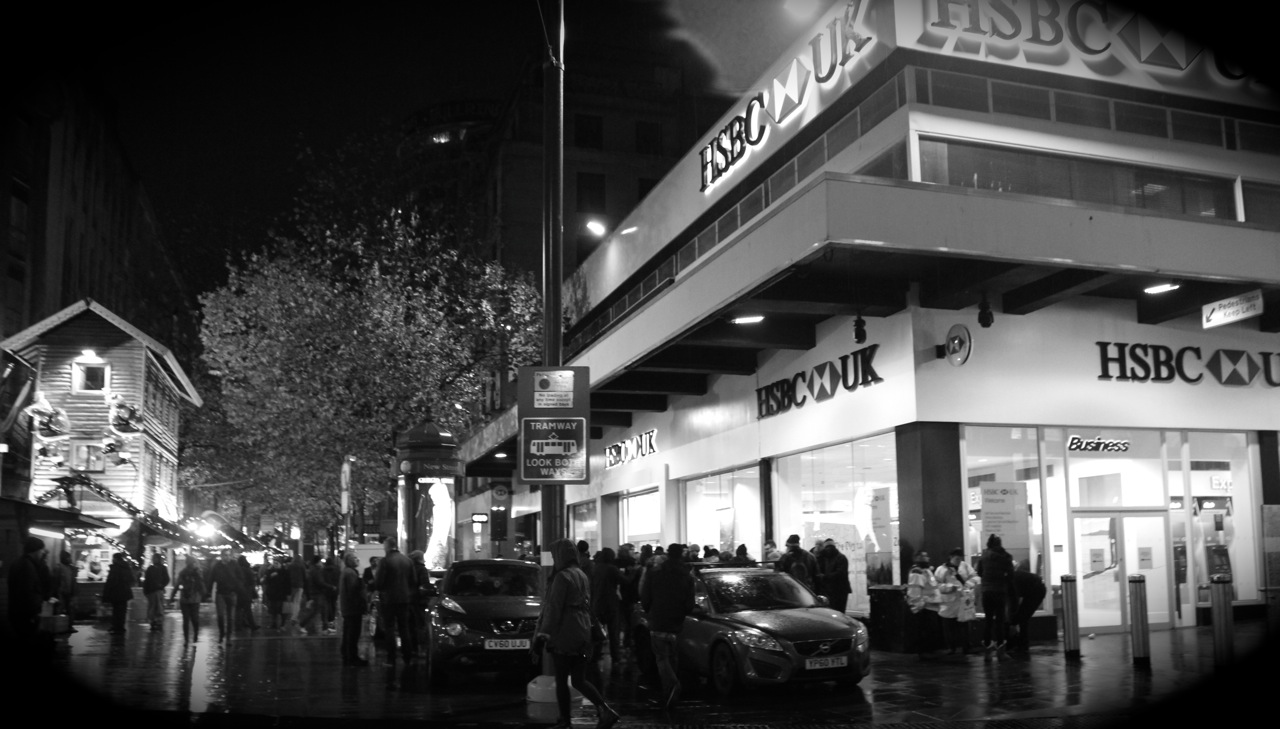 As the days get shorter, the nights get colder, and next week’s temperature is set to reach zero yet again. In a week where Birmingham’s homelessness hit the headlines for all the wrong reasons, a group of campaigners have taken the issue into their own hands and are pulling the city’s restaurants and residents together to take to the streets.

Let’s Feed Brum, a campaign that launched in November, has signed up Chop & Wok, Umami Harborne, and Gabriels Traditional Fish and Chips. The trio of restaurants join Itihaas, and will all donate hot food one night a week at Inspiration Support’s New Street Soup Kitchen, which operates outside HSBC on New Street every Monday-Saturday.

The support from Birmingham’s eateries has already made a huge difference to the soup kitchen, which can serve between 50-100 homeless people a night. Before the Let’s Feed Brum campaign launched, Inspiration Support was able to provide cold sandwiches, salads, and desserts donated from local cafes, as well as hot drinks and supplies donated by its volunteers. One night a week, volunteer Isaac Ali would also make enough food to supply 70 people with a hot meal.

Now, with the tremendous donations from Itihaas, Chop & Wok, Umami Harborne, and Gabriels, over 400 meals are provided weekly, ensuring hot food for the homeless for five nights.

“We loved the idea of Let’s Feed Brum and as soon as we heard about it, we immediately considered ourselves to be on board the campaign. It’s a fantastic way to support the homeless; they need to see that someone cares, particularly for this cold time of year – a hot cooked meal in this weather can lift their morale. It’s a wonderful idea and we urge more restaurants to join.”

The momentum that the Let’s Feed Brum campaign has gathered coincides with the devastating news that a young homeless man has lost his life to the cold and is brought to life with Shelter’s statistics that around 10,000 people are homeless in Birmingham.

“When a natural disaster happens, communities rally round; setting up relief funds, giving up their time to lend a hand, and pulling in resources wherever they can find them. Homelessness might be something that we all see each day but that shouldn’t stop us making it a priority – it’s the UK’s equivalent to a natural disaster and one that I’ve seen, first hand, for the five years that Inspiration Support has been out on the streets.

“We all know that resources, from central and local governments, are limited but that doesn’t mean we should let homelessness continue. What I’ve seen most recently, with the Let’s Feed Brum campaign, is that there is a huge wellspring of goodwill out there – businesses in the city, and individuals, want to help out, whether that’s donating supplies, raising money or giving up their time.

Following Shelter’s report about the huge numbers of homeless people in the city, Ben continued:

“There is an argument for empty civic buildings to be opened during particularly cold periods like we’re experiencing now, but often they aren’t ready for use and fulfilling building regulations can be a time-consuming process. Instead, what if we put up marquees in key locations around the canal basins, in parks, recreation grounds and unused land. We could heat the spaces and provide a warm, safe shelter every night for those people who need it – those who are rough sleeping, living in squats or just sofa surfing, none of them stable environments. This will cost money, of course, but with enough forward planning and resources committed by the private sector, there could be a bank of shelter managers organised to run the night operation helped by volunteers. We have to do something to stop people dying on the streets when the temperatures plunge.”

If you would like to help Inspiration Support and Let’s Feed Brum, they aim to have 30-35 volunteers out every night to serve food and check on the rough sleepers. If you have time to give, or just want to donate food, drink and supplies, get in touch: www.letsfeedbrum.com.